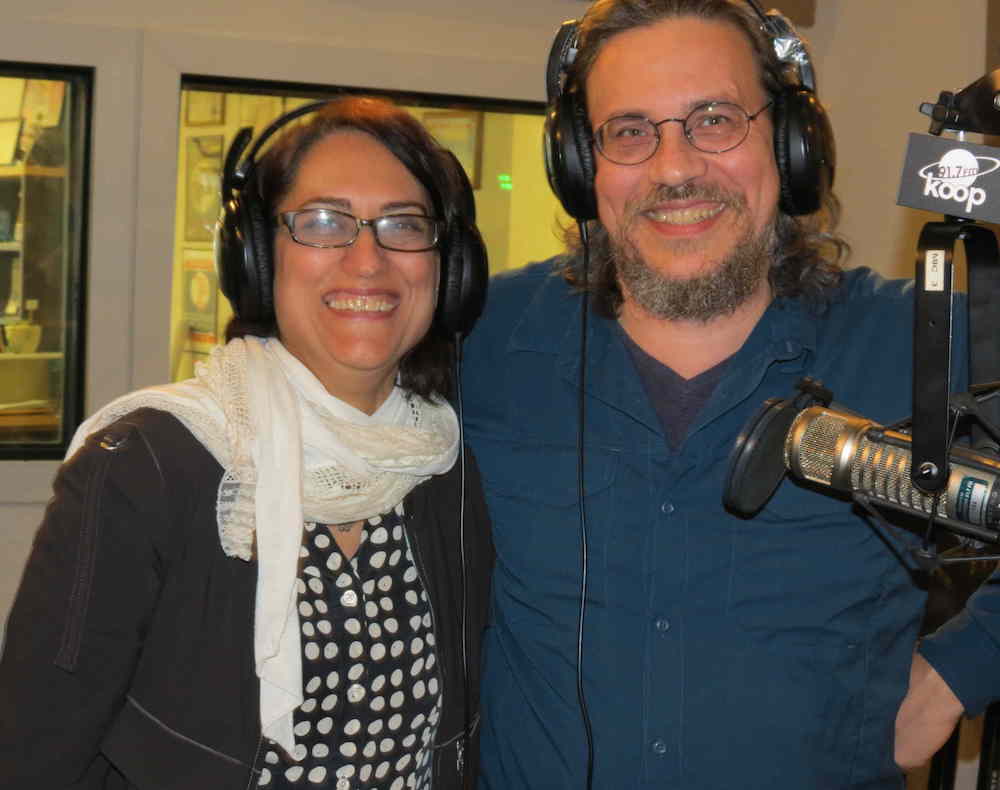 Today's show features Roy Casagranda and Banafsheh Madaninejad and we're talking about "Scorned Love: The U.S.' Bizarre Obsession with Iran." Why does the U.S. hate Iran so much? What are U.S. and Iranian foreign policy objectives? Where do Iraq, Syria, and Yemen come in? And, in general, the web of alliances and enemies. What about Iran's shooting down the passenger plane -- and how did they react to the demonstrations? And why did the U.S. back down on the brink of war? (Roy says he's trying to wrap his head around that!) Plus lots more!
Dr. Roy Casagranda is Professor of Government at Austin Community College. His areas of research include the Middle East, U.S. foreign policy, political philosophy, and warfare. Casagranda serves as a Middle East analyst for the Austin ABC affiliate, KVUE, and Fox affiliate, Fox 7. He is also a news analyst for Rag Radio.
Dr. Banafsheh Madaninejad immigrated to the United States to study physics at the University of Houston and worked at NASA. She is a scholar-activist of Islamic Studies, Feminist Studies and Critical Race Theory. She has taught at the University of Texas at Austin, Middlebury College, and Southwestern University.
Rag Radio is produced in the studios of KOOP 91.7-FM, an all-volunteer, cooperatively-run, solar powered community radio station in Austin, Texas, in association with The Rag Blog and the New Journalism Project, a Texas 501(c)(3) nonprofit. It is streamed live on the Internet at KOOP.org and Radio Free America. The host and producer of Rag Radio, Thorne Dreyer, is a prominent Austin-based activist and writer who was a pioneer of the ’60s underground press movement. The show’s engineer and co-producer is Tracey Schulz and the staff photographer is Roger Baker; Suzy Shelor is Rag Radio associate; Alice Embree is guest host; Glenn Smith and Roy Casagranda are our political analysts, and Evan Hearn is the Rag Radio apprentice. The syndicated show is broadcast (and streamed) live Fridays, 2-3 p.m. Central) on KOOP, and is later rebroadcast and streamed on WFTE-FM in Mt. Cobb and Scranton, PA., on Houston Pacifica's KPFT HD-3 90.1, by KKRN, 88.5-FM in Round Mountain,  CA, and at WALHRadio.com in Wilmington, OH -- and as a featured podcast at Veterans Today. Learn more about Rag Radio here.
Running time: 55:38
Contact:  ragradio@koop.org.